Features
Some unique features for the Enterprise version of MultiMailer is:

• Can handle mailing lists with up to 500,000 contacts each.
• Supports encrypted SSL communication with e-mail servers.
• Can be installed on a server and shared by many users.
• Supports virtual machines. 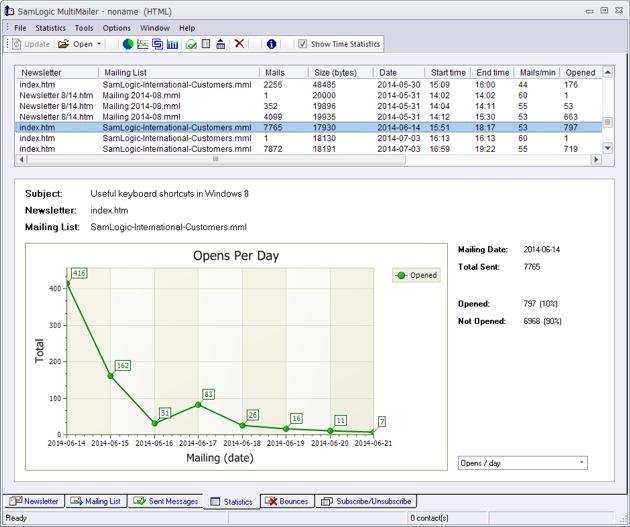 500,000 contacts
If you need to send e-mail newsletters to hundreds of thousands contacts at once Enterprise is the version for you. Enterprise can handle mailing lists that contains up to 500,000 contacts each. And by using the powerful statistics and analysis functions you can follow when people open your newsletters in real-time.