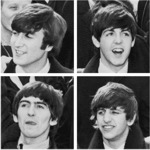 It has now been 50 years since the pop and rock group The Beatles released their first single Love Me Do. The single was released October 5, 1962 by Parlophone (EMI). The single’s B-side was the song P.S. I Love You. Both songs were written by John Lennon and Paul McCartney and was included in the album Please Please Me, which became their first album (it was released in 1963).

Organize your Beatles favorites
If you are a Beatles fan, or maybe have another favorite group or singer that have released many albums and singles, we have a great tool that you can use to organize your songs, music videos, images, documentary films, interviews and other information. With our tool CD-Menu Creator you can organize the information in a logical way and access information quickly and easily by navigating through a graphical menu interface. 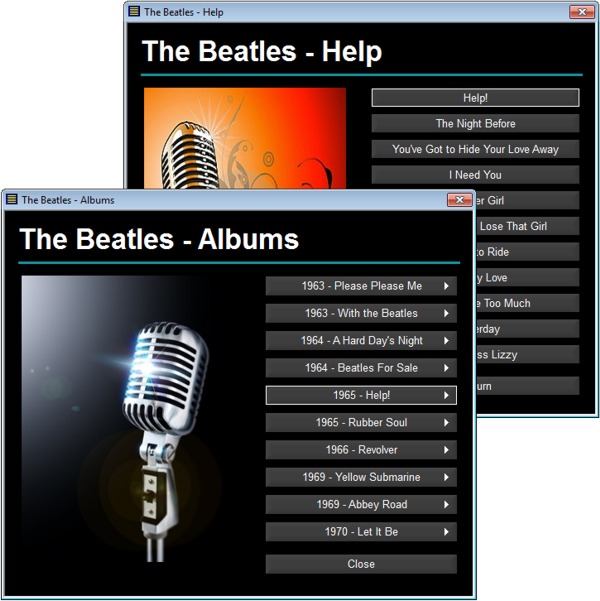 CD, DVD, USB stick or hard drive
Whether you want to store the information on a CD, DVD, USB memory or on your hard drive you can use CD-Menu Creator. Through the program’s menu interface, you can access songs, videos, pictures, etc. in an easy way. If you for example want to start a music video, you just click on a button or a link in the menu. 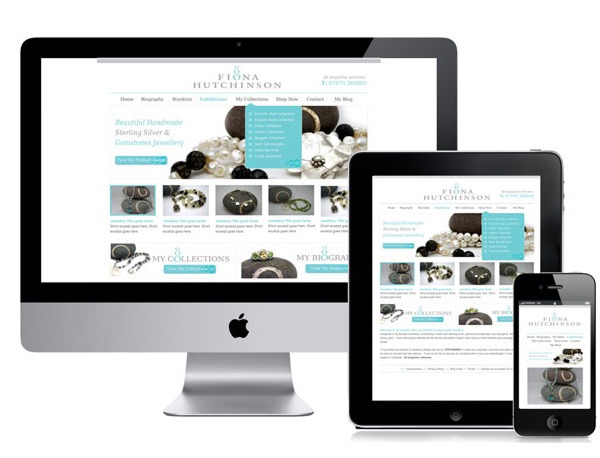 We also recommend you to read this article on our web site; it contains information about how to design an email newsletter for a mobile phone and smartphone:

> How to Create a Newsletter for a Mobile Phone & Smartphone

Designers and marketers often make the mistake of concentrating on developing creative copy and layout for their email newsletters, not accounting for the entire experience of opening and reading an email. In an informative blog post Litmus (an email testing and email marketing analytics company) describes 8 crucial steps that a subscriber goes through when he/she interacts with an email newsletter. Litmus also provides tips on how to make those interactions successful.

You can read the full blog post, and see the full version of the picture above, here:

If you are a user of SamLogic MultiMailer we recommend you too read the blog post.

If you are using Microsoft Windows 8 on a computer that has no touch screen interface (for example a traditional desktop computer) you may find it hard to access some functions in the operating system. Things will be easier if you are familiar with some of the new keyboard shortcuts that were added to Windows 8. With these keyboard shortcuts you can handle apps, search for files, configure settings etc. more easily.

Paul Allen is a co-founder of Microsoft Corporation, along with Bill Gates, and for a few months he has used and tested a release preview version of Microsoft Windows 8, the latest operating system from Microsoft. He has run the operating system both on a desktop PC and on a tablet (Samsung 700T). In a blog post on his web site he gives us his opinion about the new Windows 8:

The blog post also contains some useful tips about how to use Windows 8; for example how to use the new Start screen (that replaces the Start menu) and the Charms bar. If you plan to upgrade to Microsoft Windows 8 we recommend you to read this blog post. Paul Allen explains what is good and bad in the new Windows 8. 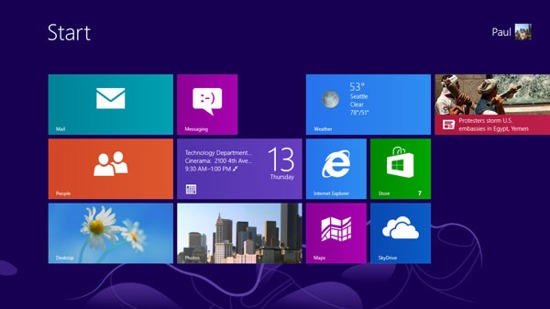 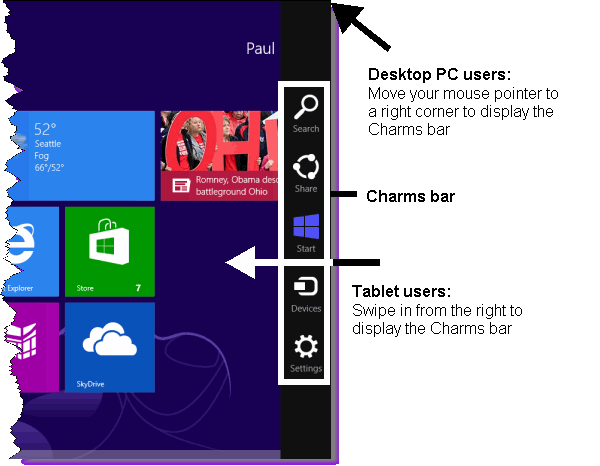