– You can now add version information (for example a version number, product name and company name) to a self-extracting setup package. Read more. 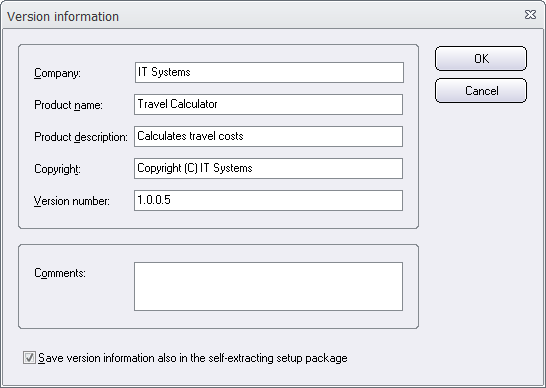 – Visual Installer can now register a .NET assembly and add a COM object interface to the assembly, so it can be accessed from unmanaged (native) applications. Read more. 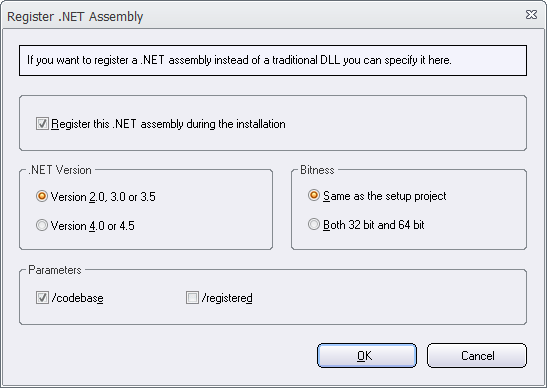 – A new script command with the name MSIEXEC has been added. It can be used to start an MSI installation from Visual installer. Read more.

– A new script command with the name EXIT has been added. It can be used to cancel an installation, for example if some conditions or system requirements are not met.

– A new condition has been included in the scripting language that can be used to check if a specific application or library already has been installed. Read more.

– A new condition has been included in the scripting language that can be used to check if the operating system is 32 bit or 64 bit. Read more. 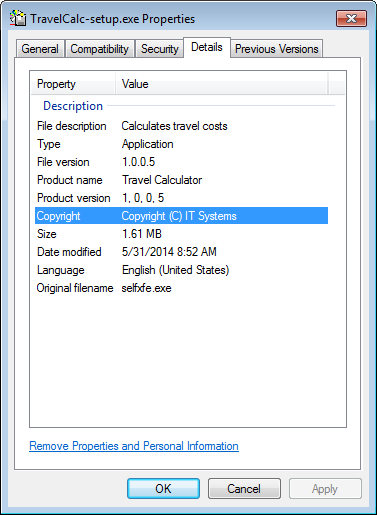 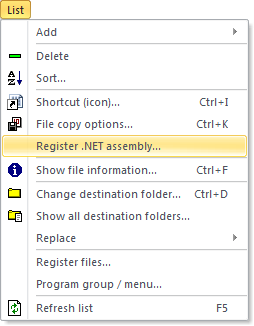 If you choose this menu item, the following dialog box is shown:

In this dialog box you can set some options that will be used when the .NET assembly is registered, for example which .NET version to use and which bitness (32 bit or 64 bit) to use.

We have added two new conditions to Visual Installer 2014’s scripting language. One condition can be used to check if the operating system where the setup package is run is 32 bit or 64 bit. Another condition can be used to check if an application or library already has been installed in a computer or not. The later condition is very useful when it is combined with the MSIEXEC script command because it gives you the possibility to only start an MSI installation if the software has not been installed before. This will speed up the installation process in many computers.

Read more
You can click on the links below to read more about the two new conditions in Visual Installer’s scripting language:

The 1 month maintenance plan includes:
– 1 month technical support for the product(s) that you bought
– Temporary download link(s) for the software that you have bought (expires after 2 weeks)

One big benefit when choosing the 12 months maintenance plan is that you can download your software whenever you want, for example if you change computer. You will also have access to the latest product version (with the latest updates), and if you for some reason lose your license key, we will send it to you again without any extra cost.

The download page is password protected, but if you bought a 12 months maintenance plan we have sent to you a username and a password that you can use to login to the download page.

If you don’t have a 12 months maintenance plan and don’t have a username and password, but want to have access to the latest product versions, you can read this page to get more information about how to get access to the download page:

See also
> How to download an old version of a program

However, it is possible to get a download link to an older version of a software if you need that for some reason. We have a download page on our website that contains all product versions that we have released the last years. If you have bought earlier a license for a specific product version, that now is outdated, you can still download it from the download page. You can click on the link below to read more:

See also
> How to download the latest version of a program