• Supports the new Windows 11.
• All binary files has been code signed with a digital certificate from Sectigo.
• Alpha channel transparency for pictures (for example the logotype) is now supported.
• The glas effects for “glas buttons” are now much faster.
• Some social media icons have been modernized.
• Improved error handling.
• In the editor you can now customize the visual look of the editor more than before.

You can now in CD-Menu Creator set an absolute position for a title, subtitle and button group title. In the latest update of CD-Menu Creator we have added this functionality.

Normally the X and Y position of a title, subtitle and button group titles are set automatically by CD-Menu Creator. But now you can set the coordinates for these objects manually. This is useful if you really want to have total control of these objects’ positions in a menu window.

The actual title must then be placed after the ending bracket. For example: 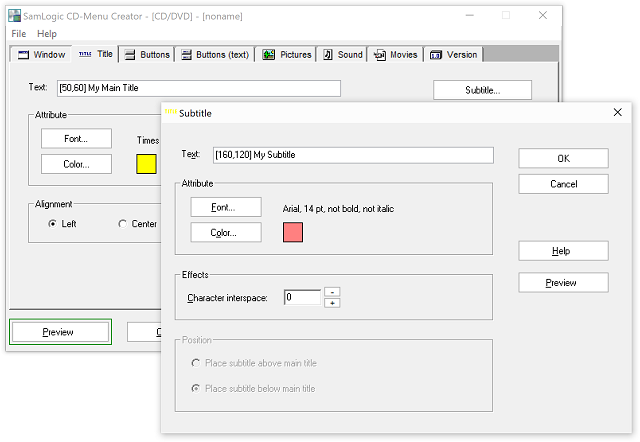 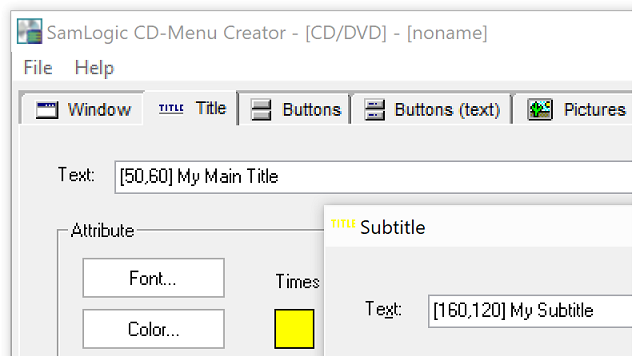 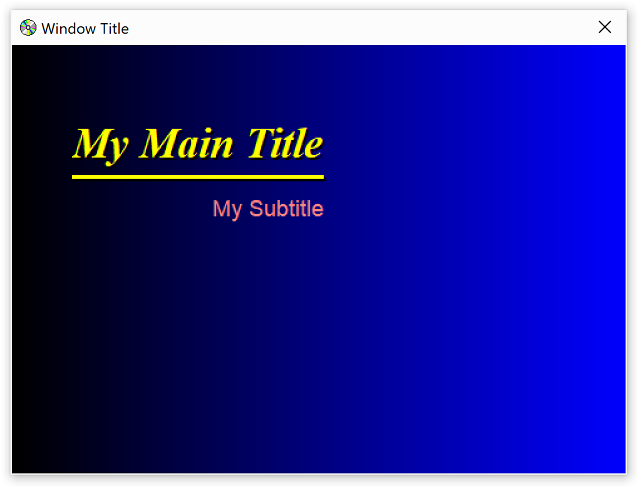 Also button’s positions can be set in this way
There is already functionality in CD-Menu Creator to set absolute positions for buttons (via the Button Options dialog box) but this new method can also be used for buttons, if you prefer it and want to be consistent with how to set coordinates for objects.

• Supports the latest version of Windows 10.
• You can now specify a position for the sub title text.
• You can change font size for the button’s tip text.
• Supports https in web links.
• New menu interface examples have been included.

The picture below shows an example of how it may look (in the Version tab):

You can now see in an easy way when you last created or updated a menu interface.

We have included some new menu interface examples in CD-Menu Creator 2018. Below you can see two of the new menu examples: 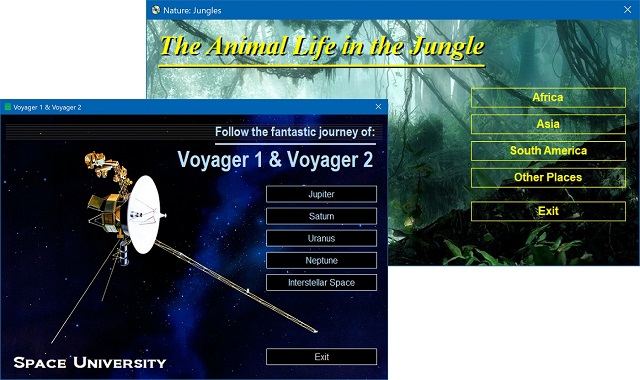 You can use the menu examples as inspiration for your own menu projects or as basic templates when you create your own menus.

Using one and the same font in a software with all versions of Windows, graphic cards, displays and DPI settings, and expecting the result always to be perfect, is nearly an impossible mission. And then you must also take into account that people also prefer different fonts.

To handle this situation in the best way in our software we have updated Visual Installer and CD-Menu Creator to allow you to choose your own font for the editor. We have included some fonts that you can choose among, and we will increase the list with fonts with time.

Too large font size?
The new font handling in Visual Installer and CD-Menu Creator will also solve the problem with “too large font size” that sometimes happens when a system font with a requested size is not available in the system and the substitute font (chosen by Windows) is somewhat larger and the text will therefore not fit in the space that is reserved for the text. This is a rare condition, but will happen in special circumstances *.

In the latest version of Visual Installer and CD-Menu Creator this problem does not exists anymore because both editors will automatically search for a font that has the same size as the font that has a problem. So the editors will automatically switch font if this problem occur. But you can, of course, choose another font manually if you prefer to do this.

*) This problem may occur if the connected display is over a certain resolution when Windows is first installed in the computer. Windows will then set the DPI to 120 instead of the usual 96, and the “MS Sans Serif” font that Visual Installer’s and CD-Menu Creator’s editor uses as default may be affected by this. The font may not be available in smaller sizes. If this problem happens, it does not help that you afterwards change the DPI from 120 to 96. The font size is still not available. More information about this problem is available in this blog post on Microsoft’s blog.

• Supports the latest version of Windows 10.
• You can now change font for CD-Menu Creator’s editor.
• Creation date of a menu is automatically saved in the Version tab of the editor.
• All redistributable binary files are now code signed with an EV digital certificate.
• Improved error handling.
• New menu interface examples have been included.

If the filename must be changed, for any reason, the whole menu must be created again when this technique is used. Otherwise the file will not be found when the user clicks on the button.

This technique allows you to change the filename of the file in the folder without re-creating the whole menu. The filename extension must be the same, but the rest of the filename can be changed freely on the CD/DVD/USB stick.

Works with documents and programs
This technique with a wildcard character can be used with the following three button commands:

Filename examples
Below are some examples of how filenames can be built when using this technique:

File path examples
Below are some examples of how the file path can be built:

An asterisk (*) is the only supported wildcard character. The asterisk must always be to the left of the dot that starts the filename extension.

Tip
When you create your menu for the first time, it can be a good idea to first select a source file and specify a complete file path to this file (do not use wildcards yet). After you have created your menu and everything works as expected with the selected file, you can change the file path to a file path that contains a wildcard character. Then you create your menu again. Henceforth you can change the filename of the file freely directly in the folder on disc or USB stick. You don’t need to create the menu again.

• The support for Windows 10 has been improved.
• All binary files in CD-Menu Creator are now SHA-2 code signed. Read more.
• You can now create button groups with titles. Read more.
• We have added more symbolic icons for the menu window.
• New menu interface examples have been included.

We have added a new function to CD-Menu Creator 2017 that allows you to place buttons in groups and add a title to each group. If you have many buttons in a menu this will help your user find the correct button faster. Below are two menu examples that show how it may look like: 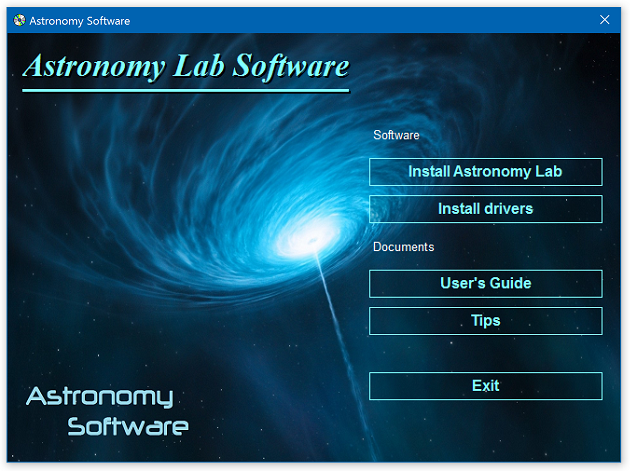 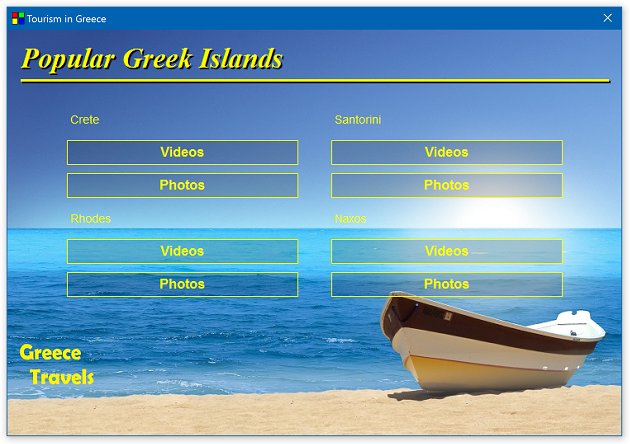