If you want to change the visual theme for the editor, follow these steps:

5. Select the style / theme that you want to use
6. Click OK

Below you can see some samples of the visual themes included in Visual Installer 2014: 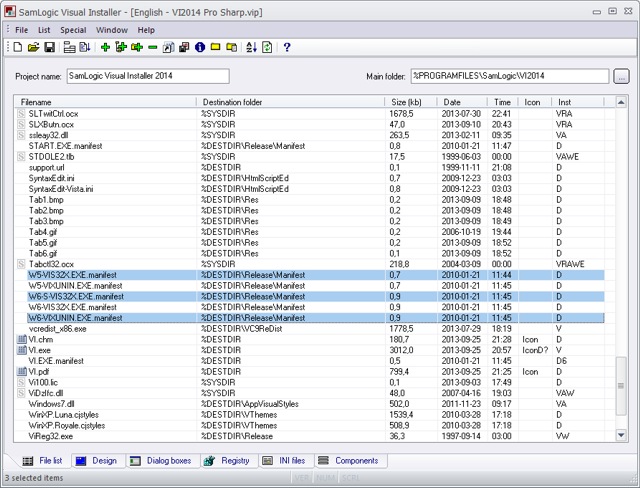 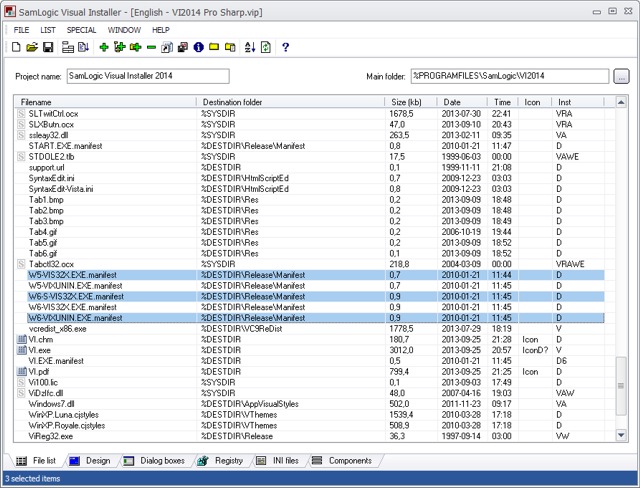 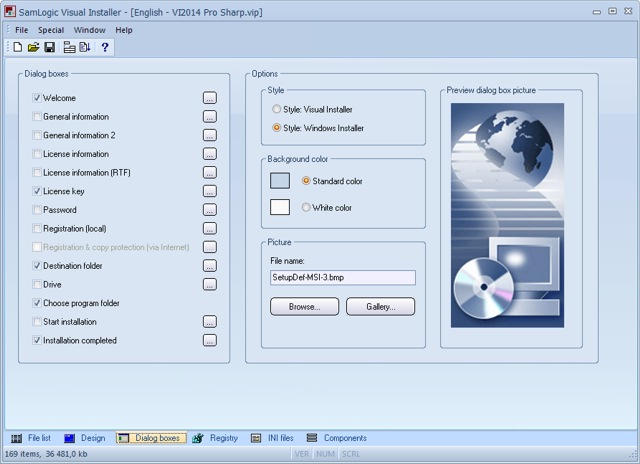 More samples are available on this web page.

To make an installed program to run with administrator rights you can right-click on the program in Visual Installer’s file list and choose the Run as administrator menu item in the menu that is shown. Thereafter you can select the Run program as administrator option in the dialog box that appears and press OK (see picture below). 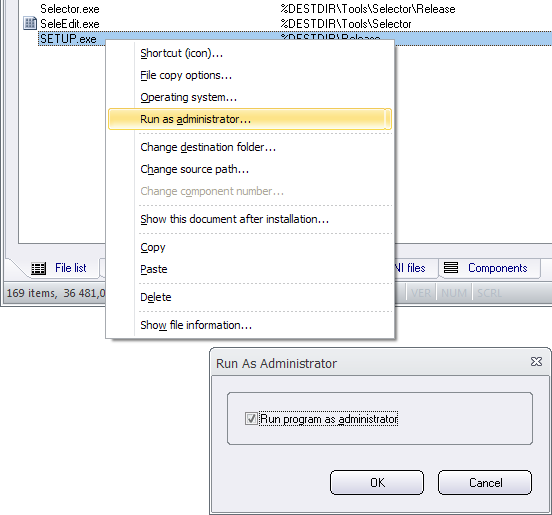 This is useful for example when you upload an update or upgrade of your software to your website using the built-in FTP function in Visual Installer. In the same time you can inform your customers about the new version of your software (including a short description, version number and a download link) via Twitter. 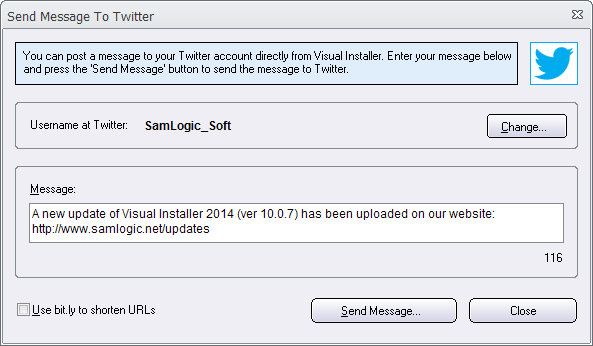 More information about the Twitter function in Visual Installer is available on this web page.

THREE NEW VARIABLES
Three new variables were added to Visual Installer 2014. Below they are described briefly:

TWO NEW SCRIPT COMMANDS
We have also added two new script commands to Visual Installer 2014. They can be used to change permissions for hard disk folders. Below are the script commands described briefly:

More detailed information about the script commands is available on this information page and on this blog post. The picture below shows how the SETPERM command can be used to set read, write and execute permissions for a hard disk folder during the setup: 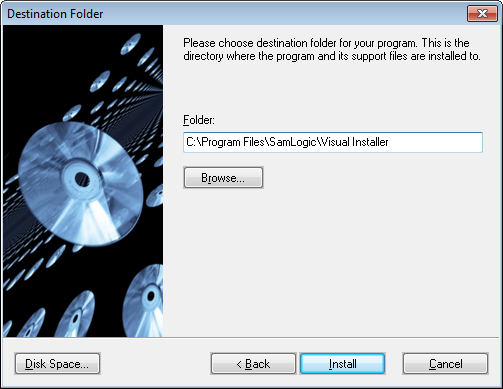 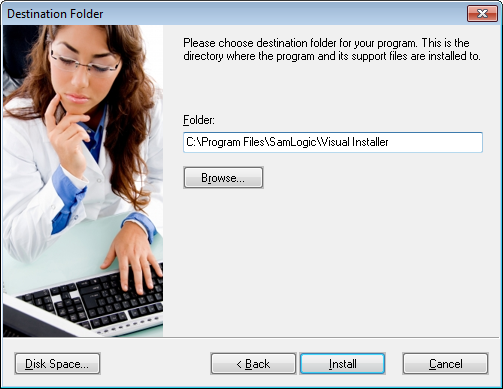 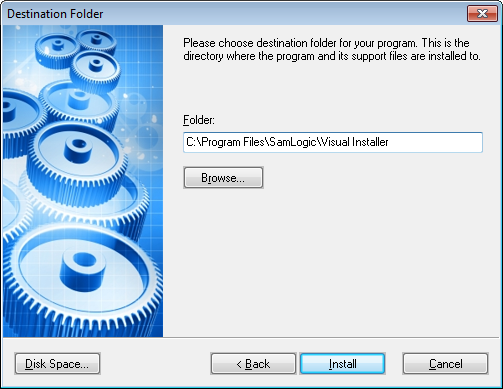 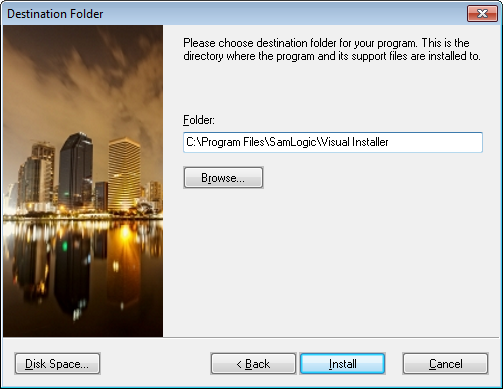 But just as before you can also use your own pictures for the setup wizard. Read more here. 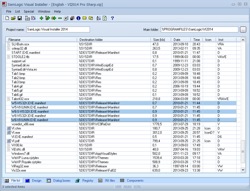 – Support for Microsoft Windows 8.1.
– Support for Microsoft Office 2013.
– Support for AutoCAD 2013 and AutoCAD 2014.
– Updated user interface.
– Permission settings can be changed for hard disk folders during the setup process.
– Installed programs can be set to run with administrator privileges.
– New variables that handles shared files and shared settings are included.
– Support for Twitter (you can send tweets directly to Twitter).
– The ‘Create setup package’ dialog box has been improved (e.g. better support for USB drives).
– New pictures for the setup wizard (installation dialog boxes) has been added.

A detailed list with new features in Visual Installer 2014 is available on this web page.

In the following blog posts we will describe some of the new features in SamLogic Visual Installer 2014 in detail.