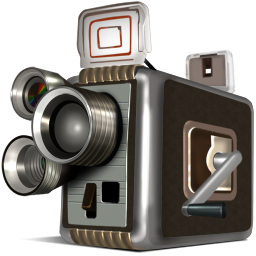 Supported video formats
Using a video in a menu interface may improve the end-user´s first impression of your product, but when you select a video to a menu you should be aware of the following two things:

We recommend you to choose a video that is saved in the MPEG or WMV format. Or an AVI video that you know uses a basic CODEC (coder-decoder) that all Windows support. Be aware of that many AVI videos has been created with a CODEC that not all end-user´s Windows support by default. The end-user must have same CODEC installed in the computer that was used when the video was created, otherwise the video can not be shown.

Avoid MPEG-4
Today many create videos in the MPEG-4 (MP4) format, but it is not recommended to select a MPEG-4 video to a menu created with CD-Menu Creator. Although many end-users will have a media player that can play the MPEG-4 video, the necessary CODEC is often not available for other software without a separate installation of the CODEC. So therefore, to reduce the risk for problem, we recommend you to avoid MPEG-4 files with CD-Menu Creator.

By testing the menu and the video in a computer with an empty Windows, you will discover if the video is dependent of a CODEC that is not installed by default in Windows.

If you have a video file with the .MP4 filename extension, we recommend you to convert it to one of the video formats above. There are many conversation programs that can be downloaded from the Internet that makes the conversion. Or even better, if it is possible, contact the source and try to get the same video in one of the video formats mentioned above.