This is very useful if you have a solution that contains many projects. If you choose to import a solution file, Visual Installer will analyze all projects in the solution and import the necessary files. 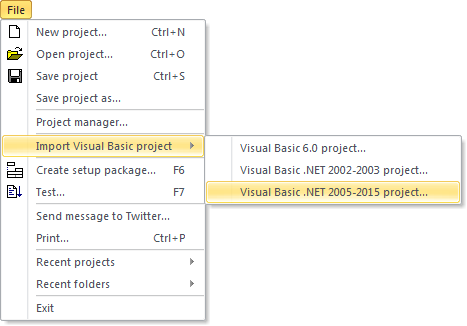 Thereafter you click on the Select project file button in the dialog box that is shown: 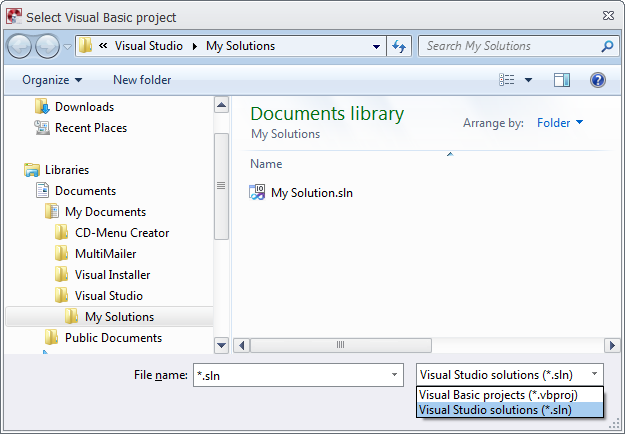 Now you can choose a Visual Studio solution file to import.

See also
We have published a step-by-step tip on our website that shows in detail how to import a Visual Basic project or solution to Visual Installer. There is also a tip video available.

> Tip: How to create an installation for a VB.NET application