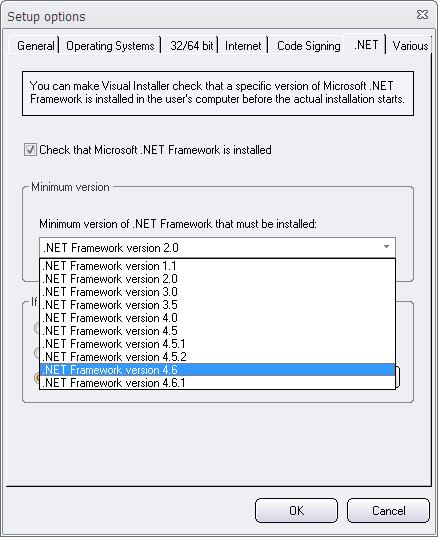 Also the scripting language in Visual Installer have been extended to support the above versions.

See also
> Visual Installer: If a specific version of .NET Framework is missing