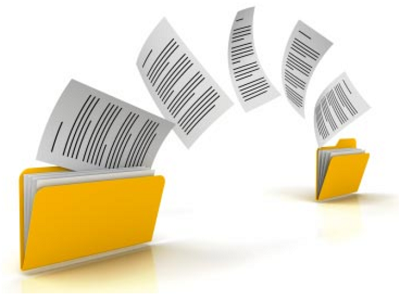 One common operation is to copy or move files during an installation. There are commands available in Visual Installer’s script language that can do this. If you need to copy or move many files at once, you can use the MCOPY and MMOVE commands for this purpose. Below is the syntax of these two commands described:

You can use wildcards with the %Source parameter. Example: “%DESTDIR\Data\*.txt”. The code examples below show how to use these two commands with wildcards etc.:

Example 1 – Copy many files at once
Copies all files in the %DESTDIR\Data folder to the %DESTDIR\NewPlace folder:

Example 2 – Move many files at once
Moves all text files in the %DESTDIR\Data folder to the %DESTDIR\NewPlace folder:

To add script commands to an installation, you need to open the Special – Execute script commands menu item in Visual Installer’s editor. More information is available in this tip. 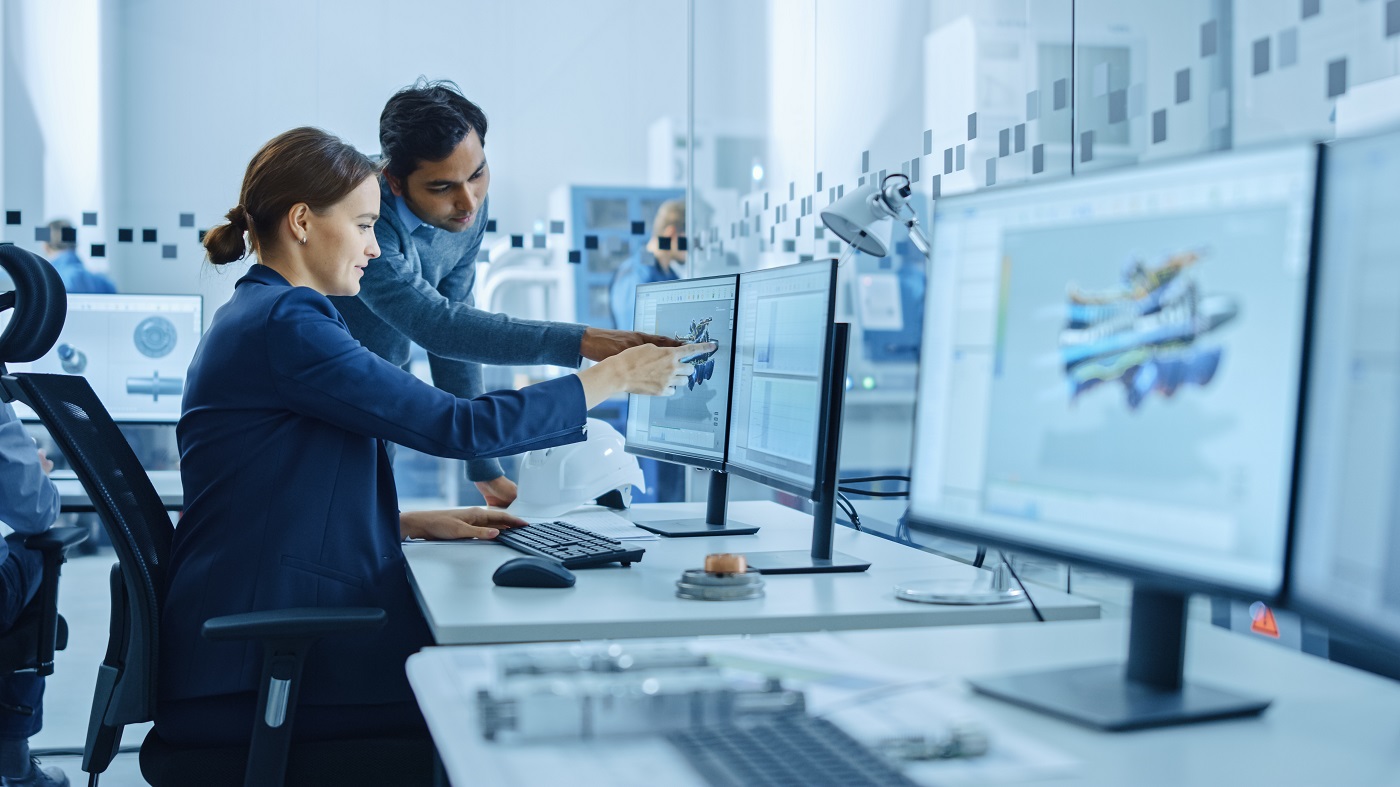 Visual Installer is a very flexible setup tool and has built-in support for installation of AutoCAD profiles for Autodesk AutoCAD. Visual Installer can create a named profile for AutoCAD directly in Windows Registry, and add the settings and values that you want to use with the AutoCAD profile directly from the installer. You can also update an installed profile afterwards, or uninstall an installed profile.

Visual Installer can handle different versions of Autodesk AutoCAD, and we update the support for this well-known CAD software continuously. Both AutoCAD and AutoCAD LT, and both 64 bit and 32 bit versions of the software are supported.

For more information about Visual Installer’s AutoCAD support and the special variables mentioned above in this blog post, see the AutoCAD profiles section in Part VII in Visual Installer´s User Guide.

We have published two articles on our website that explains what DKIM and DMARC are and why it is good to add them to your domain name (if you have not done it yet). It is especially important if you send email newsletters. Click on the links below to read the articles:

See also
> How to add / update SPF for a domain 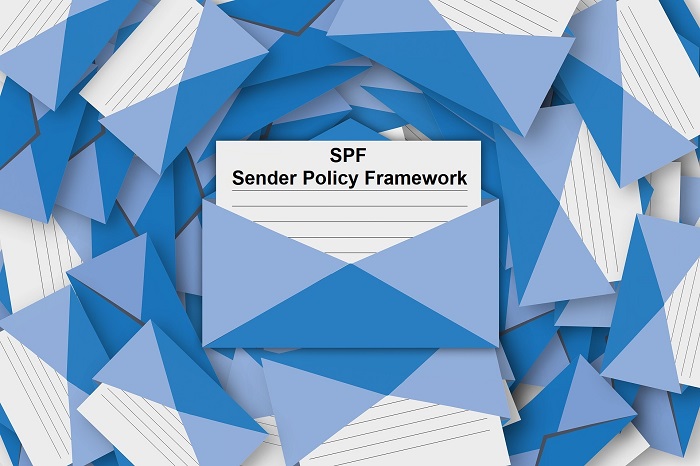 Spammers often try to use false domain names in the sender’s e-mail address, and to prevent this happen, a technology called SPF can used. By utilizing SPF you can reduce the risk of abuse of your domain name.

We have published an article on our web site that explains more what SPF is, how it works and how you can use it to protect your domain names from abuse. The article also explains more in detail why it improves the deliverability of legitime e-mails.
Click on the link below to read the article:

> Article: How to add / update SPF for a domain

If you are going to distribute a Microsoft Access database with your Visual Installer installation project, you probably want to install a corresponding Access runtime engine also, in your end-users’ computers. By installing an Access runtime engine, the end-users do not need to have the full Access version installed in their computers.

We have published a new tip on our website that describes how to do this:

The Visual Installer editor contains 6 main tabs: File list, Design, Dialog boxes, Registry, INI files, and Components. But some of these tabs can be hidden if you never use them.

The following tabs can be hidden: Registry, INI files, and Components.

To hide a tab, you can choose the Special – Editor options menu item in the Visual Installer editor. Thereafter you can click on the Tabs tab in the dialog box. And now you can select (check) the tabs that you want to hide. See the picture below for an example: 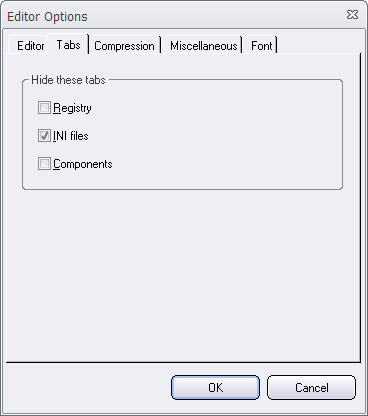 Now will the tab(s) that you selected in the Editor options dialog box be hidden in the editor.

To handle this in a smooth way, you can use a another condition in Visual Installer’s scripting language. The name of the condition is IF OFFICEBIT=?? where ?? can be 32 or 64. For example IF OFFICEBIT=32, which checks if a 32 bit version of Office is installed.

Below you can see how this condition can be used: 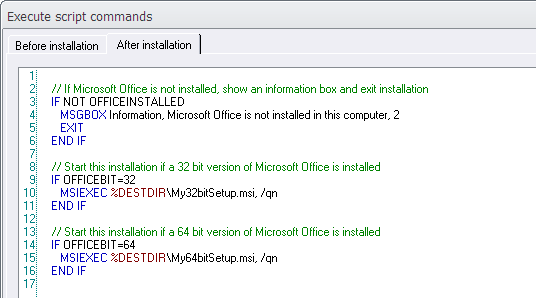 With the CD-Menu Creator menu designer tool you can create a graphical menu interface that contains more than 40 buttons in one menu window. This allows your customer to open many documents, applications or sub menus from the same menu page, but sometimes it can be difficult to make all buttons fit in one menu window in a proper way. Luckily there are some tricks that you can use and we will explain them below: 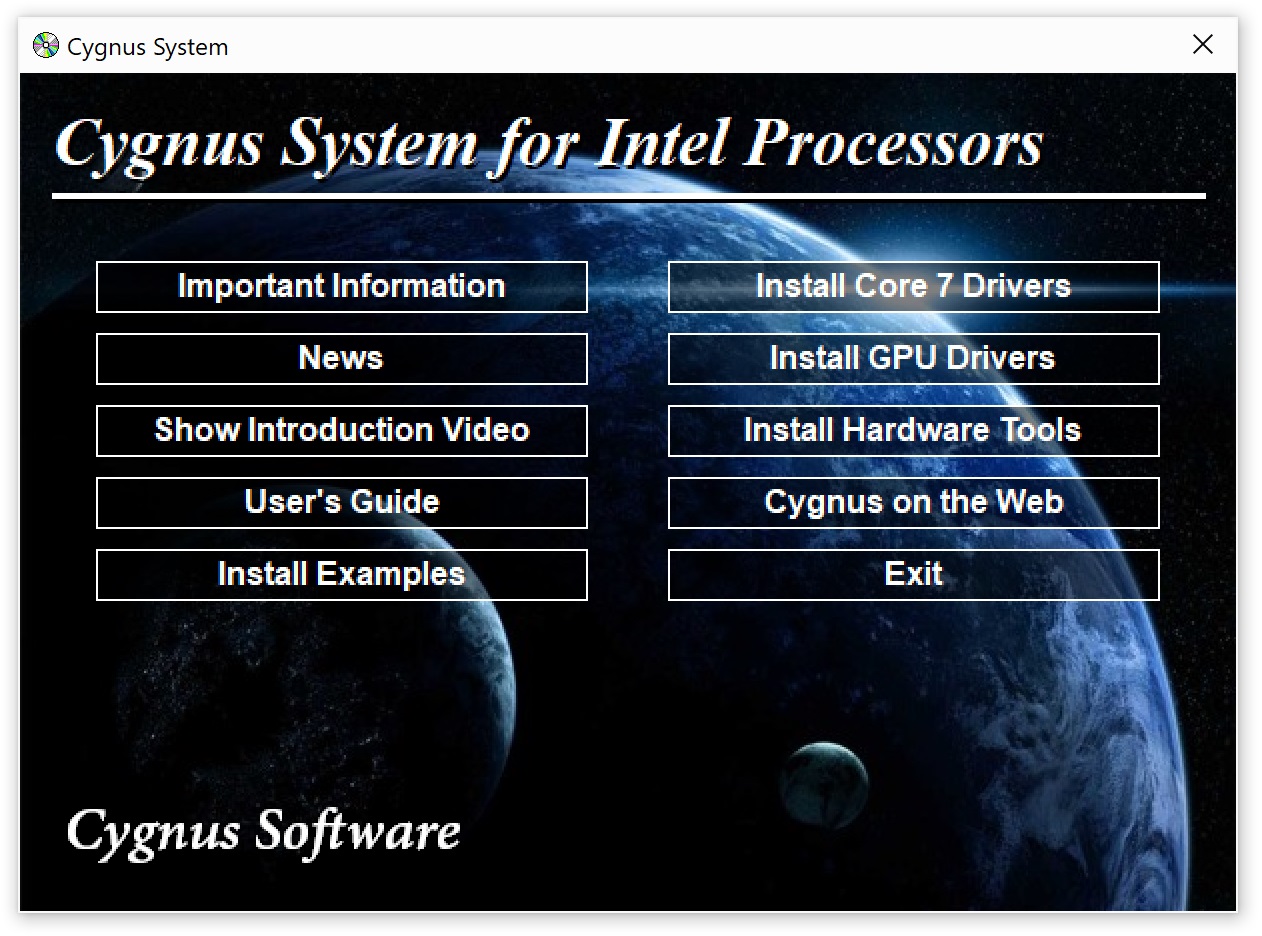 Information about how to arrange the buttons in columns is available in this tip:
> Tip: How to create a menu interface with 2 or 3 columns with buttons 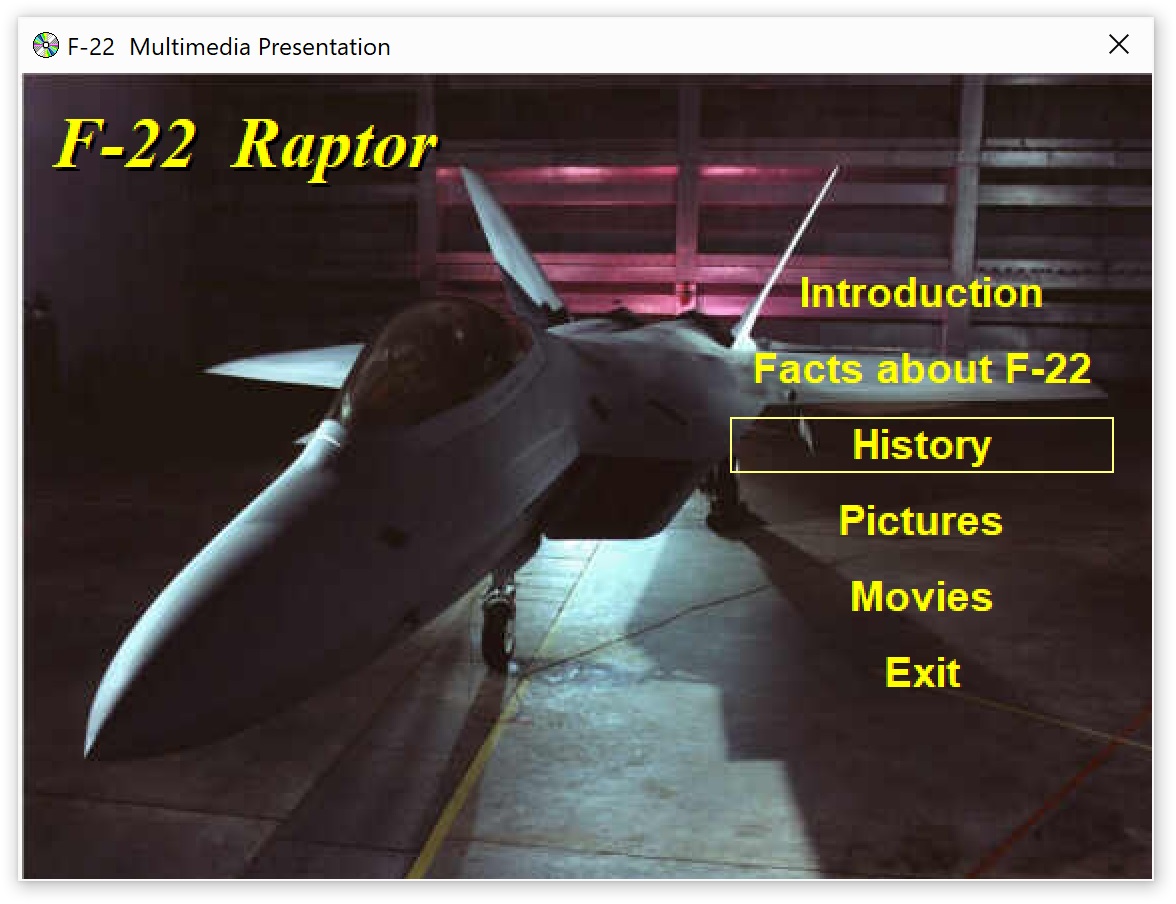 To use clickable links in a menu, choose the Text only option in the Style combo box in the Buttons tab in CD-Menu Creator. 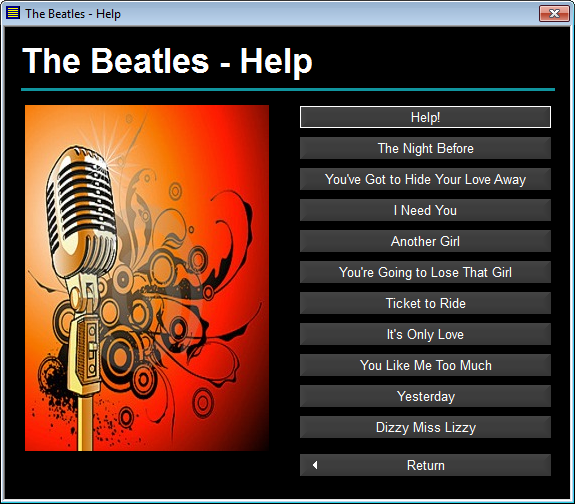 The height of the buttons in a menu can be changed in the Height text box in the Buttons tab in the CD-Menu Creator editor. Information about how to shrink the distance between buttons is available in this tip:
> Tip: How to adjust the button’s position in the menu window

But what to do if you need even more buttons?
Sometimes one menu window is not enough – no matter how you arrange the buttons. The solution then is to split the buttons (or clickable links) in two or more menu pages; for example a main menu and couple of sub menus. Luckily there is an easy way to do this, and the following tip shows how:
> Tip: How to create multiple menus – Two levels of menus

Besides collecting necessary files and setting correct destination folders for your project, you can also specify minimum system requirements (for example minimum .NET version) for the installation package. If the necessary .NET versions are not installed, the installer can inform and handle the download directly from the installation wizard. 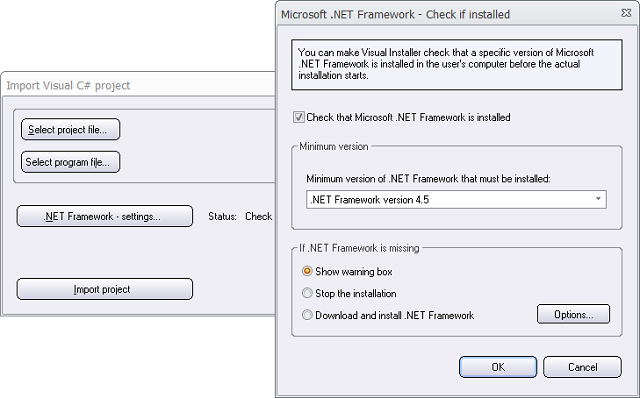 And here is a step-by-step tip that show how to use the function:
> Tip: How to create an installation for a Visual C# application

Sometimes a file need to be deleted during an installation, but it can not be done because of the file is active and locked by the system. To handle this we have added a new script command to Visual Installer with the name RDELETE that can be used to mark a file for deletion and let the system delete the file when the computer restarts.

When you use this command, no attempt will be made to delete the file during the installation. Instead Visual Installer will inform the system that the file need to be deleted during the next system reboot.

The command syntax is the following:

This command is useful when a file need to be deleted, but there is no hurry to delete the file. You can then call this command and let the system delete it later.